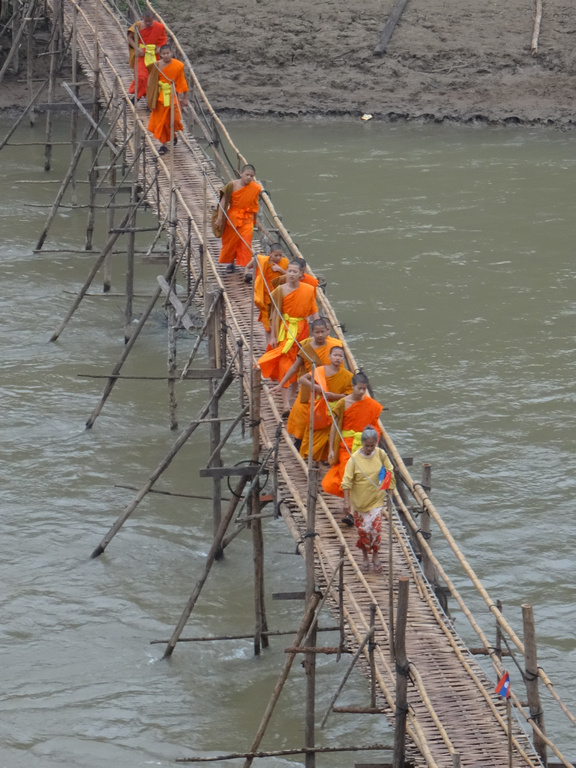 It was on the list for years and finally I’ve done it : A tour in Thailand with an extension to Laos.

Well Thailand is probably the most westernized asian country in which the industry of tourism primes over every other activity. I’d now actually consider it as some sort of Disneyland of Southeast Asia. Everyone is welcoming, people are very kind but the thing is that everything is for sale, people included and Thailand cannot be compared to Myanmar and the incredible sensations you’d find over there. Nor has it the untouched authenticity of its laotian neighbour.

Bangkok is overcrowded, construction is nonsense and the streets permanently filled with cars. Only along the river the air gets fresher and the traffic less busy. Taking public transportation is very practical but the network does not cover huge parts of the city and you might end up using also the boats going along the klongs. Indeed the city has lots of things to see and taste. You just need to get used to it !!

Chiang Mai is interesting as the air is way fresher there, life’s quieter and the city is surrounded by water. A few temples to see there as well as a spot to the south with an incredible golden temple where there was not a single tourist. Chiang Rai indeed is close to the burmese border and has also chinese influence. It was the occasion to drive around on a bike and to visit a former Kuomintang village where there was a tea festival. Before crossing into Laos, the lanterns sent into the air on new year’s eve were a nice moment.

If you’re more into a quiet and comfy traveling concept, do not know Asia, try Thailand. Otherwise go for other countries in the area starting with Myanmar. Laos indeed is really different as it is much poorer that Thailand. If you look away from the glamourous Luang Prabang that is Laos’ jewel, you’ll see only poor villages along dusty roads. This country is among the poorest in the world while offering fantastic sceneries.

It’s also pretty cheap (except in Luang Prabang) and the local food is excellent. People are very welcoming, sometimes curious but english is scarce everywhere. Indeed you’ll manage to get through as sign language comes in handy. As it was only a short stop in Laos, we managed to explore Pakse and the Boloven Plateau after Luang Prabang. Nevertheless the great ride we had through a 250km loop Wat Phou a forgotten temple complex was really the highlight of that tour. And I’m not speaking of the bike ride there…